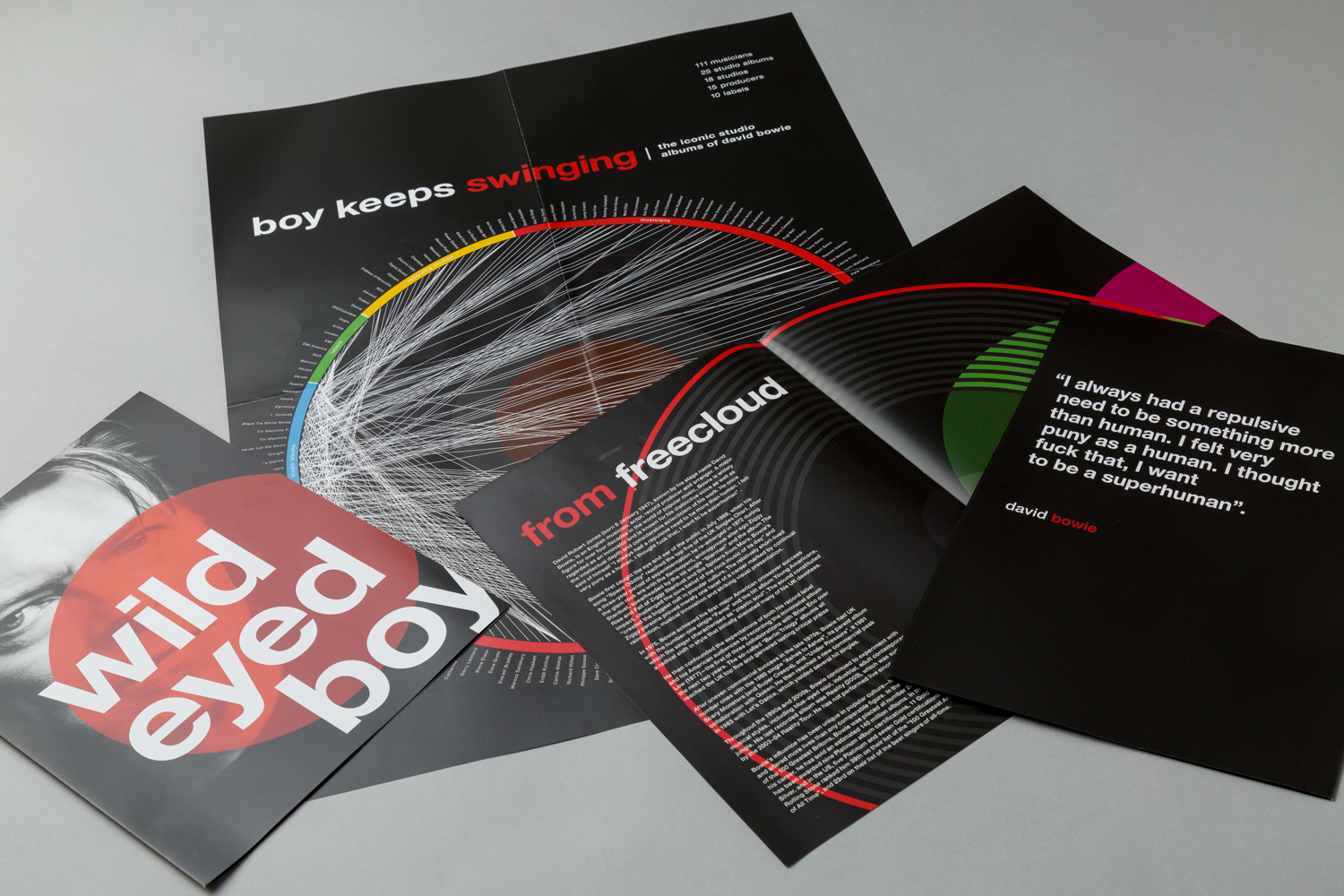 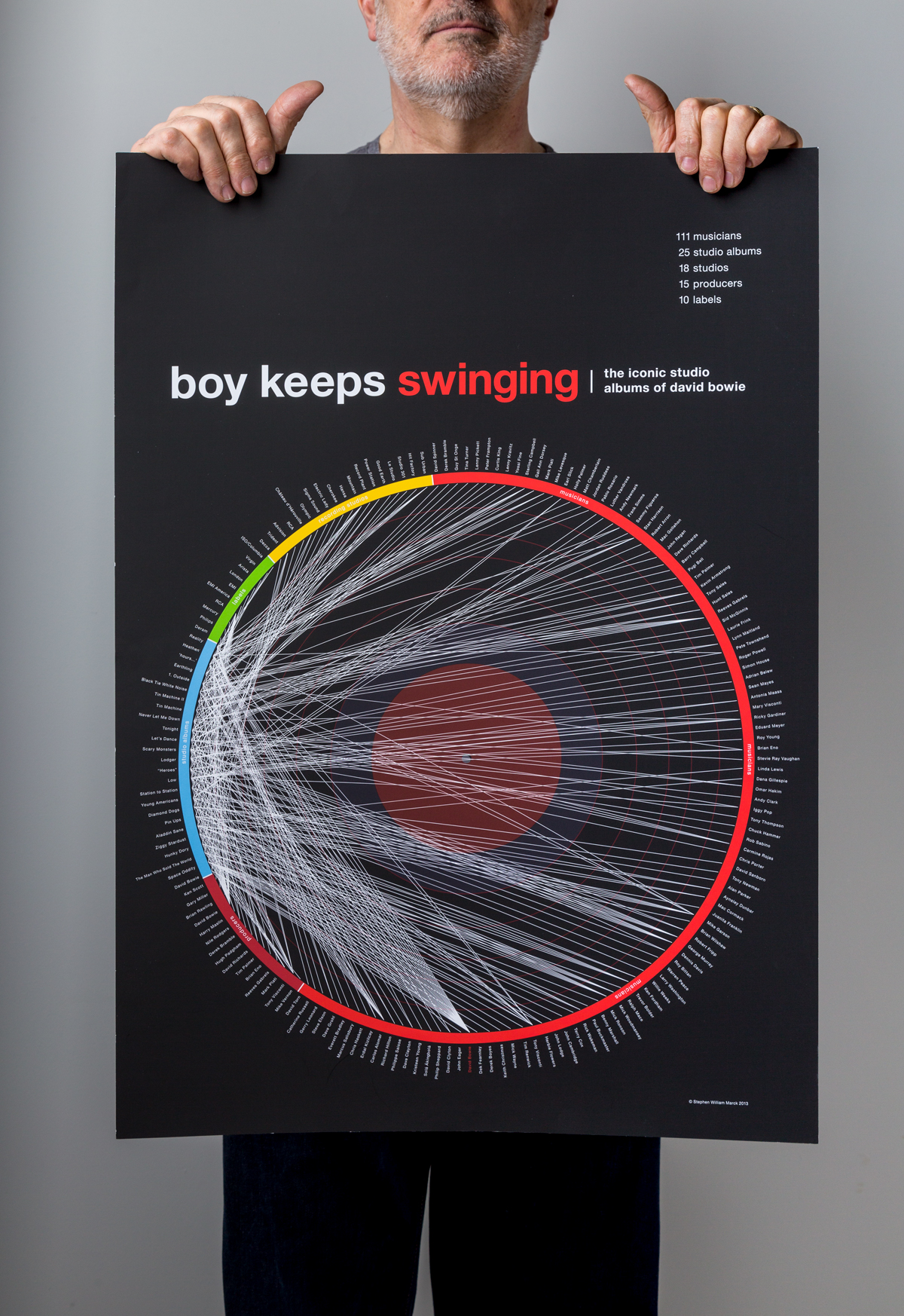 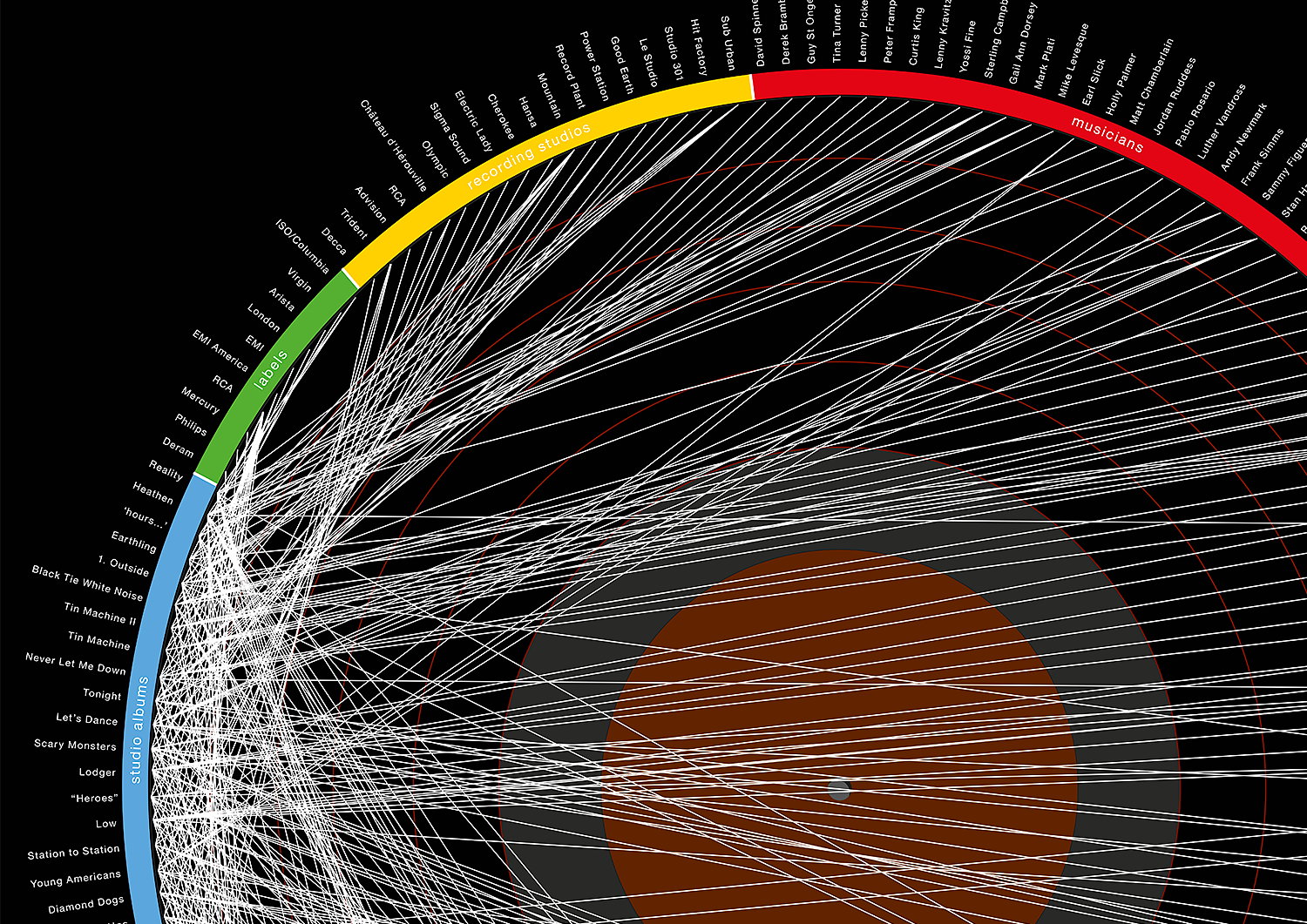 Produced for the V&A, to coincide with the Barnbrook-designed ‘David Bowie is . . .‘exhibition, ‘boy keeps swinging’ charts all the data relating to Bowie’s, then, 22 studio albums, the work was given the go-ahead by Bowie himself and is shown here in the format in which it was originally designed that included a short bio and quote from the man himself.

Bowie’s music and influence covered several decades, therefore it was important to try and reflect that in the design of the work, the inside spread is an ‘information graphic’. The International Typographic Style having also influenced designers over decades suited the work perfectly. The V&A feeling that more revenue could be made by producing a poster rather than a bi-fold brochure, decided on producing only the inside spread. The result was a limited edition giclée print, which ensured the richness of the colours remained. The poster went on sale for the duration of the exhibition and long after. The initial print run sold out within a week.